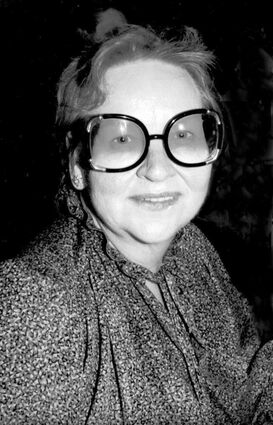 Betty Jane Reed, 89, of Automba Township passed away from Covid pneumonia on Nov. 6, 2022, at Essentia Hospital in Moose Lake.

Betty Jane was born at home in Automba, Minnesota on Oct. 10, 1933, to Rev. Matt Reed and Edna Jarvenpaa Reed, the 12th of 13 children. Betty Jane was the last surviving child of that union.

She attended Kalevala Elementary School and graduated from Barnum High School. As was the case with all the Reed children, she started her schooling at five years of age.

Betty Jane moved to Seattle after graduation and worked while attending the University of Washington in Seattle. While there she worked for several political campaigns such as Henry "Scoop" Jackson's successful election to the U.S. Senate.

In 1961 she moved to New York City and got a job at NBC News, rising within a few years to become the director of program analysis for the network.

Betty Jane was an early activist for women's rights in the workplace and worked closely with well-known personalities such as Gloria Steinem, Betty Friedan, and Bella Abzug. She was elected the Democratic chairwoman of the congressional district on Manhattan's east side, where she lived.

She was the president of the American Women in Radio and Television and became the international organization's representative to the United Nations.

Moving to Automba in 1997, she and her younger sister, LaVerne, provided health care for their ailing sister Irene.

Betty Jane was a strong, spirited woman with many interests. She was an unapologetic Democrat and gave freely of her time and financial donations.

She was a world traveler and commented quite often that "it is a small world if you keep moving."

A gathering of friends and family will be held 1-3 p.m. Saturday, Dec. 3 at the Kettle River Senior Citizens Building. A spring inurnment will be held at the Reed lot in West Branch Cemetery in Kalevala Township. Services were provided by the Cremation Society of Minnesota, Duluth.