Dancing in a New Year 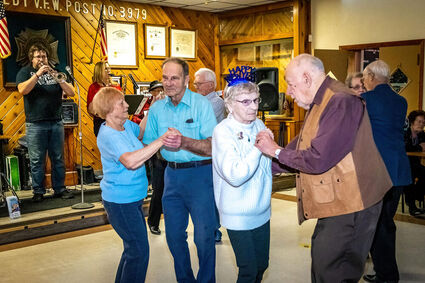 Duane and Sandy Olson of Two Harbors were a lively couple to watch on the floor.

There was also a potluck for all the attendees.

Jo Zack of Holyoke, 89, and Will Riendeau of Hibbing, 92, were enjoying a turn on the floor. Will said he has been dancing for 80 years.

Dancers traveled from as far south as Sandstone and as far north as Silver Bay to Cloquet to ring out the old year. They glided and twirled their way around the floor to polka tunes and more from the Chmielewski Funtime Band, which featured Florian Chmielewski, his daughter Patty and two of his grandchildren that day. 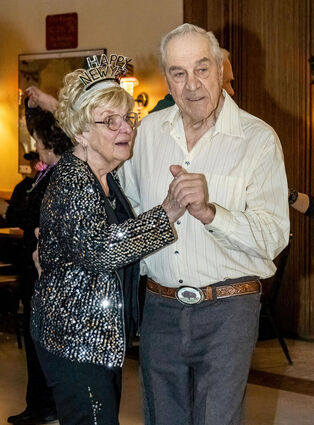 Riendeau drove from Hibbing for the fun. He rarely misses a dance in Cloquet, sometimes coming twice a week, he said.

"I've been dancing for 80 years," said the youthful Riendeau, adding that he quit drinking 50 years ago. "I put my heart and soul into it."

Riendeau said he's been following the Chmielewski band for close to 50 years.

Cloquet dances are fun, but Cromwell has the best dance floor in the area, he said. "It's a beautiful floor," he said. "Big, too."