Radosevich was not unopposed. Retired economist Ann Markusen of Cromwell announced at the convention that she had decided to run in the last few days before the convention. Markusen got nine votes from the delegates compared to Radosevich's 37 and bowed out. She had stated earlier that she would abide by the endorsement and offered to help during the campaign. The two are also part-owners of the Pine Knot News in Cloquet.

Incumbent Rep. Mike Sundin - who is not running for a sixth term - spoke at length about his reasons for nominating Radosevich.

"If you follow his column in the newspaper - especially the one that he wrote about his brother after his brother passed - fairness was a big thing between the two," Sundin said. "And fairness is a big deal in St. Paul. If you are going to get a program going, it has to be fair to the taxpayers. It has to be fair to maybe some of the opposing people. You have to find common ground.You have to find solutions rather than continually butt heads."

Delegates at the convention also voted to endorse Eric Olson of Pine City as the DFL candidate for the Minnesota House of Representatives District 11B. Olson is a native of Pine City, now retired from a career in computer technology with previous experience as a teacher, physicist, Peace Corps volunteer and park ranger.

Former local DFL party chair and longtime party activist Patty Murto was honored during the convention. Murto has been battling cancer, and was allowed to attend and vote via telephone from her home in Esko.

Minnesota DFL party chair Ken Martin attended Saturday and presented her with a certificate of recognition for her years of involvement with the DFL.

Murto spent much of her career building up the Volunteer Attorney Program. She was also elected as a Carlton County commissioner and is a "Woman of Distinction" honoree in the DFL Women's Hall of Fame.

John Peura was unopposed in his bid to become the DFL Senate District 11 candidate on Saturday afternoon. He will likely face incumbent Republican Sen. Jason Rarick in November. 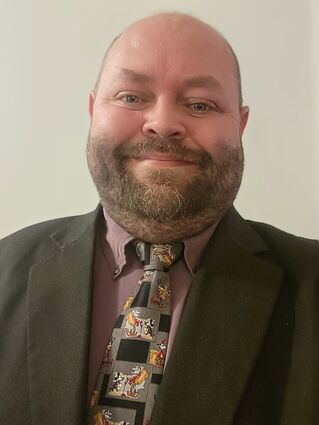 Peura, who lives in Moose Lake, serves as a public member on the Minnesota Board of Firefighter Training and Education. He said his experience as a substitute teacher, public safety and mental health practitioner are keys to creating engagement to make a difference.

"Civic engagement is important to me," Peura told the Pine Knot. "This race created the opportunity to bring all of my experiences together. I look forward to collaborating with our community members to expand opportunities for moving forward in the 21st century."

This will be the third election in four years for the Senate seat. Tony Lourey was re-elected in 2016 but took a position in Gov. Tim Walz's cabinet in 2019. That set up a special election that Rarick won that year. He was re-elected in 2020. The seat is up after two years, as Senate terms run on 10-year cycle of two four-year terms and a two-year term to allow for Census changes and redistricting.