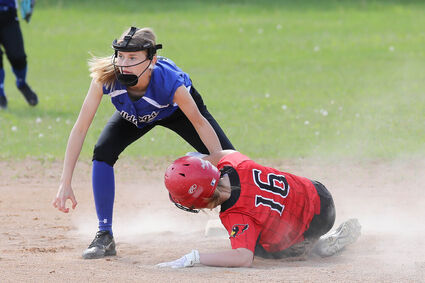 The sectional softball playoffs kicked off this week and will continue through the weekend with local teams hoping to secure a spot in the Minnesota State High School League softball tournament.

The Section 7AAA tournament opened Wednesday with Cloquet taking on Grand Rapids in Cloquet. The Lumberjacks are the No. 3 seed and the Thunderhawks are the No. 6 seed. Chisago Lakes, the team Cloquet defeated in the 2019 section title game, is the No. 1 seed this season and will host No. 8 seeded Princeton in the first round.

All the teams will advance to the second round, as the 7AAA tournament is a double-elimination tournament from the opening game. Second-round games will be played in Cloquet on Saturday and then the tournament will move to Grand Rapids on Tuesday and Thursday.

Section 7AA got the tournament season started with playoff games on Memorial Day. Among the teams securing a second-round berth was the Moose Lake/Willow River Rebels, the No. 2 seed in the section, which easily handled the No. 7 seed Pine City by a 14-0 score.

Monday's game was played in Willow River with the Rebels pounding out 13 hits in the win, including six hits in the first inning as they built an 8-0 lead after the opening stanza. The Rebels tacked on four more runs in the second and a pair of runs in the fourth to win the game on the 10-run mercy rule. ML/WR will now take on Eveleth-Gilbert on Thursday in the double-elimination portion of the tournament, after the Pine Knot News went to press.

No. 1 seeded Proctor beat No. 8 Marshall while the other No. 1 seed on the other side of the bracket was Esko. The Eskomos received a first-round bye and were scheduled to play Virginia Thursday as the Blue Devils got by one of the No. 4 seeds, Mesabi East, on Tuesday night.

The Greenway Raiders, the other No. 2 seed, easily handled No. 7 International Falls. The Raiders will take on Rush City which came into the tournament as one of two No. 3 seeds.

The other No. 4 seed, Mora, slipped by No. 5 Aitkin and will now play Proctor Thursday.

Section 7A is loaded with 16 teams. Barnum received the No. 1 south seed and Cherry the No. 1 seed in the northern part of the section.

Barnum opened Tuesday playing Floodwood. The Bombers didn't disappoint as they cruised to an easy 10-0 win. Lacie O'Leary went 2 for 3 with a homer and three RBIs for the Bombers. KayeLea Poirer scored three runs and pitched three shutout innings, Alizondra Collelo added two shutout innings on the mound and Katelyn Buell scored twice and had a hit.

Cherry opened with Deer River as the Tigers rolled to an easy 23-0 win.

South Ridge and Mountain Iron-Buhl each received a No. 2 seed with South Ridge ripping Cook County 17-1 to advance to the next round of the tournament. Adella Olesiak was the winning pitcher, tossing four innings of three-hit ball, allowing only one run and fanning three. Olesiak, Mary Lisic and Alana Young all bashed out three hits with Olesiak adding four RBIs, and Lisic crushed two home runs and also added four RBIs. Svea Snickers also chipped in with two hits and a pair of RBIs.

MIB, the other No. 2 seed, defeated Nashwauk-Keewatin by a 7-1 score.

The No. 3 seeds were Chisholm and Silver Bay. The Mariners ended the Wrens' season Tuesday, 10-0 in five innings. Wrens senior pitcher Brooke Kent ended the season with 180 strikeouts for the Wrens.

Chisholm, the other No. 3 seed, was upset by North Woods 15-7, as the Bluestreaks' season came to a screeching halt. 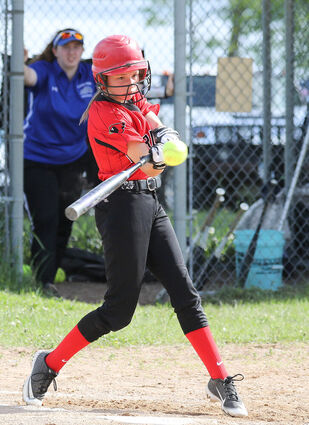 Also on Tuesday, No. 4 seed Carlton played No. 6 seed Cromwell-Wright and defeated the Cards 5-3. Carley Parker drove in two runs in the bottom of the fourth inning with two outs to break a 3-3 tie for the Bulldogs. Elizabeth Hey had two hits and scored two runs for Carlton. Abby Mitchell, a freshman pitcher for the Bulldogs, had 11 strikeouts in picking up the win. For the Cards, Jill Anderson struck out 15 batters. Cromwell finished the season with a record of 7-10, which is the most wins in at least 15 years for the program. Anderson also added two hits in a losing cause and Larissa Homstad also had two hits. Karina Olesiak smacked out a triple and had two RBIs.

The other No. 4 seed, Littlefork-Bigfalls, played Ely, and the Timberwolves pulled off the upset by winning a 17-15 slugfest.

Teams that lost in the first round were eliminated from the tournament, while teams that won on Tuesday advance to play at Cloquet's Braun Park Thursday in double-elimination format.

Here are the pairings for Thursday: